Shorter days ahead, as the Earth's rotation speeds up in 2020 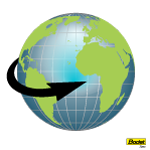 Like us, it seems Planet Earth was keen to see the back of 2020 – the year that marked the start of the Covid crisis. The Earth did actually spin slightly faster during 2020, continuing an acceleration phase which began in 2016. Days were shorter on average by 0.3 milliseconds compared to 2019. This natural phenomenon does have an impact on the calibration of atomic clocks, which is why an automatic synchronisation system for your clocks is so important. We explain why.

The Earth rotates in 23 hours and 56 minutes measured by the stars and in 24 hours measured by the Sun, or 86,400 seconds. It's something we all learn as children. And yet, since the 1930s, scientists have observed that the length of a day does vary by several milliseconds. In 2020, the Earth turned faster on its axis than it had for almost half a century. The previous record dates back to 5 July 2005. On that day, the Earth completed its rotation in 1.05 milliseconds less than 86,400 seconds. This record was then beaten 28 times in 2020, giving us the 28 shortest days recorded since the 1930s.

On 19 July 2020, the Earth turned precisely 1.46 milliseconds faster than an average reference day, making it the shortest day of the year. In 2021, we may well predict the fastest days on record since the early 20th century, with the average day 0.6 milliseconds shorter than its reference length.

How is this natural phenomenon explained ?

The current acceleration phase, which began in 2016, indicates irregularities in the Earth's rotation speed, first discovered around 1930. The most likely theory suggests this is caused by the movement of the Earth's molten core relative to its outer crust. At the present time, this phenomenon is actually concealing a deceleration caused by the lunar tide. These irregularities create differences between the time scale measured by the rotation of the Earth (UT1) and Coordinated Universal Time (UTC) based on the 200 atomic clocks stationed around the world. Following an agreement adopted in 1972, UTC is kept synchronised to within 0.9 seconds of UT1 by applying a leap second adjustment to UTC on fixed calendar dates. Since 1972, UTC has been slowed down 27 times by adding an extra second – although if this current acceleration continues, and UT1 gains on atomic time, this could result in a leap second being subtracted from UTC within the next five years, i.e. UTC will gain one second. 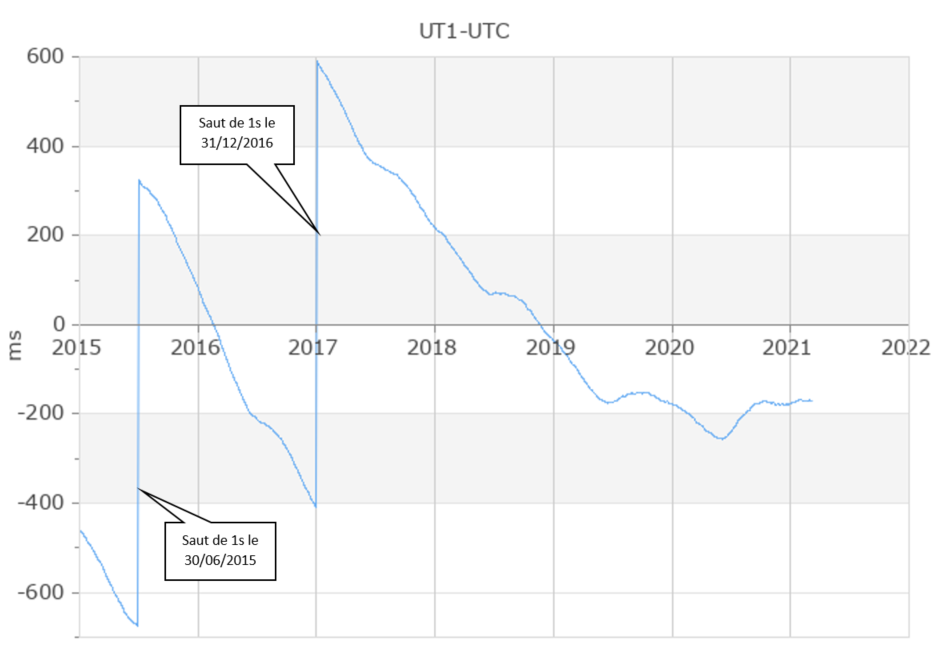 The impact on our clocks

Where the Earth's rotation is out of sync with the ultra-precise and regular rhythm of atomic clocks, one positive or negative leap second applied to our clocks can serve to realign atomic time and astronomical time. This is why it is so important to think “synchronisation” in order to avoid any inconsistency on your time display.

Our Bodet clocks use ALS162 synchronisation, a signal emitted from a long wave transmitter at a frequency of 162 kHz, based in Allouis, France. The ALS162 receiver is used to capture a precise time signal. This guarantees the reliable, secure and accurate time synchronisation of your clocks. In addition to our clocks, our time servers also deliver a highly accurate time signal to all of your IT equipment.